Has anyone out there read The Cat Who . . . series by Lilian Jackson Braun? I have to admit that these books are my guilty pleasure. They first came to my attention in 2010, although the first one was written in 1966. And that is partly why I was drawn to them – they are glimpses into the past. The series’ main character, Qwilleran, is a newspaper man in the first few books, and I loved reading about the typewriters and pencils that filled the room where the journalists churned out all their stories. Such a place is so far removed from the computers and digital layouts of today, that that alone is interesting enough to keep me reading. But then came the cats, hence the guilty pleasure. Qwilleran ends up adopting two cats, one each in the first two books of the series. And that first cat has a sixth sense… Or does he?

There is a gap of 18 years between the third book (1968) and the fourth (1986), and from then on they came out very regularly until 2007. Reading through the developments of electronic library catalogues and cell phones, cats who help solve murder mysteries, and a little town “400 miles north of everywhere,” is what makes these books such a joy to read. They warm the heart and they don’t require too much from the reader. I highly recommend this series to anyone who enjoys a quirky read, or who needs something to calm the soul and bring a smile. 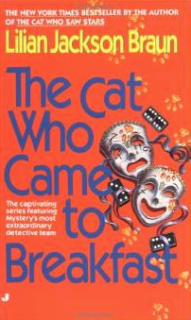 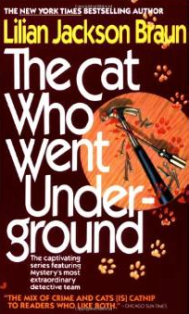